If Bitcoin eats the world… where does Monero fit in?

This post questions what happens to Monero in a world where Bitcoin dominates. Does Monero still have a place, or does it become irrelevant?

Recently Bitcoin has been reaching all time price highs, whilst Monero languishes behind at less than 1% of Bitcoin’s fiat value.

Whilst I see clear value and use-cases in Monero, the market is clearly more bullish on Bitcoin currently.

Therefore I wanted to ask myself, if things really go the direction of Bitcoin, which I see as a “worst case” (due to its lack of privacy and fungibility), is there still utility and value left in Monero?

In this post we look at a scenario where Bitcoin takes over globally, and ask how this affects Monero.

To begin, let’s look at what could be “the Bitcoin vision” for the future. This is my understanding:

Where could Monero fit in?

Bitcoin has a number of large flaws currently, including:

As long as these issues persist, there will be an opportunity for a decentralized currency, such as Monero, to fill the gap.

In particular, privacy and fungibility are critical for a currencies use as a medium of exchange.

The 5 items above can be thought of as a simple, but non-exhaustive checklist of features to follow in Bitcoin.

If the Bitcoin project is able to solve/ameliorate the above issues through upgrades or second layer solutions, it will gradually reduce the utility lead that Monero has over Bitcoin.

How can Bitcoin solve these 5 issues?

It’s my understanding that there are at least 2 main paths Bitcoin can take to solve these issues – network upgrades and off-chain solutions:

Let’s look at the subject of network upgrades in more detail.

In the past, there was a narrative in the Bitcoin community that all altcoins were testnets for Bitcoin, and if any of the altcoins found a technology that was sufficiently useful, it would be adopted on Bitcoin.

In practice however, this doesn’t appear to be happening.

For example, the idea of confidential transactions has been around for a long time, and adopted by both Monero and Blockstream’s liquid sidechain. It’s great because it hides the amounts being transacted on the blockchain. So far the idea has been rejected by the Bitcoin community, because it makes auditing the supply more difficult, and the concept of “only 21m Bitcoins” is paramount.

To audit a blockchain using confidential transactions, you can only sum up the inputs of new coinbase transactions (which is where miners find a block and get the block reward), and then you have to trust the maths that no Bitcoins were created or destroyed during transactions.

So the narrative is shifting towards the discussion of trade-offs. Meaning that Bitcoin can’t adopt all the new technology, because it has to consider the trade-offs involved. Specifically with confidential transactions, losing the ability to 100% audit the supply seems too big a trade-off.

That is likely to be the case for other potential upgrades also.

So, next let’s look at an upgrade that *does* appear to be going ahead… 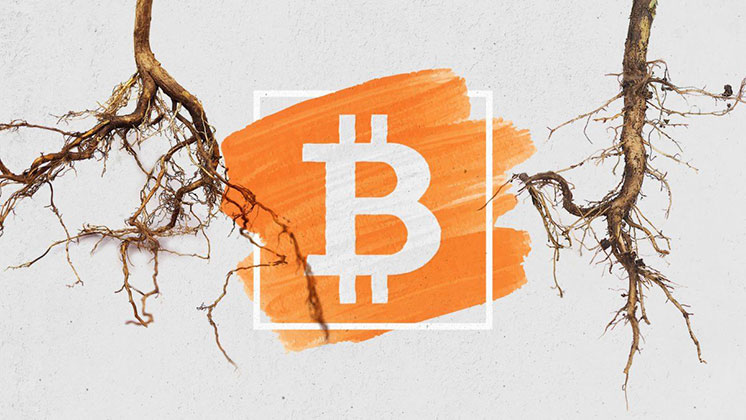 The Taproot upgrade may specifically help ameliorate issues #1 and #2 – privacy and fungibility.

This would theoretically allow you to use a privacy enhancing protocol such as CoinSwap (which utilizes multisig) and an observer would not be able to discern on the blockchain that the transaction used multisig.

My guess is that this is only a partial privacy solution, and will still be far inferior to a regular Monero transaction. But I’m keen to keep learning and see what comes of it.

I’ve yet to see an off-chain Bitcoin solution that substantially enhances privacy and fungibility – but they may be coming.

For example, Blockstream’s Liquid network is too centralised to be considered private.

For now, the main thing off-chain solutions improve are the issues of poor on-chain scalability (#3) and high on-chain fees (#4). They do so by offering faster transaction confirmations, at lower fees.

I started this thought experiment with some concern that Monero may be squeezed out by Bitcoin.

However, after looking at what Monero does better than Bitcoin, and surveying the Bitcoin landscape for solutions, I currently think that Monero is in a strong position to survive.

Going forward I will keep the above 5 issues in mind, and try to keep tabs on how Bitcoin is addressing them.

Currently I hold a small position in Monero, and thus have a financial interest in it surviving. But I’m aware that bag holding leads to tribalism, that can be a net negative for society and the cryptocurrency community overall.

Ideally we should be focused on creating good, working solutions to problems, and not be distracted about where those solutions come from.

Therefore, personal interests aside, if Bitcoin can actually solve these issues, then that’s a good thing for humanity as a whole.